As with each new raid on World of Warcraft, the exit of mythic mode marks the beginning of the progress for the World First of each of the bosses. But before reaching Razsageth la storm mage, the last boss, the guilds will have to face Dathea, Transcended.

It was the Liquid guild that obtained the World First on Dathea, Transcended in the Vault of Incarnations, Dragonflight's first raid. They are well on their way to not stopping there.

Liquid validated the World First on December 17 at 3 a.m. Here is the clip of the kill of the Dathea, Transcended, the fifth boss of the Cave of the Incarnations.

To achieve this World First, Liquid decided to leave with a rather classic composition 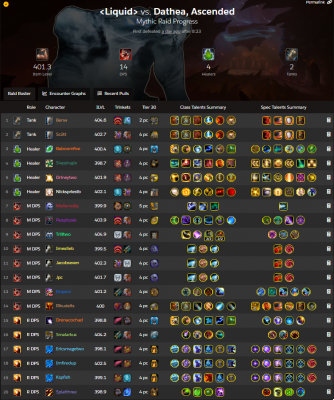 |
God of War Ragnarok DLC, is an expansion planned? ❯

add a comment of World First Dathea, Transcended on WoW during Vault of Incarnation progress