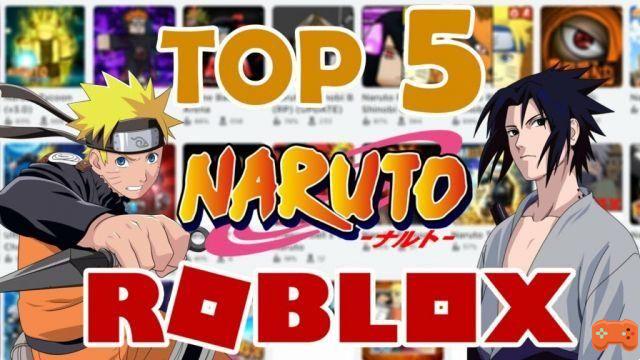 One of the most recognized characters that enjoys the preference of his followers is Naruto. Both in the Anime Planet and in video game consoles. Roblox is not the exception and also includes games where the Ninja is the protagonist.

When entering the Roblox search engine, Naturo's interactive games you will find diversity, from the easiest and not as good as the most elaborate ones loaded with a lot of action, from minor to major magnitude they are simply magnificent.

In each Naruto game, as in each and every one of the Roblox games, users customize the content of exactly the same, in this particular case the creators maintain the essence of the central character.

Naruto is a cultural icon by nature, and being so universally recognized it was impossible not to be present in Roblox multiplayer games. They include adventures, action, combat, quests and many characters to interact with.

The most popular Naruto games on Roblox

Among the plurality of titles prepared on Naruto on the platform Roblox With greater receptivity from a part of the users we have:

Icha-Icha: is a simple Genkai collecting game that represents the heritage by blood in the Naruto cosmos, but your opponents will try to avoid it.

Naruto Ninja Magic: faithfully inspired by the character franchise and the sequel to Boruto, with each and every one of the main characters both young and old from the anime that interact with the players. The end of the game is great because of the fact that they take care of the details of the saga.

Anime Figting Simulator: The combination of Anime characters from Dragon Ball, One Piece, Attack on Titan and, of course, Naruto, have the purpose of climbing levels while continuing to fight against the rest of the players using the peculiar abilities of such characters.

Ninja Tycoon: In this version you have the option to customize Naruto as you like best. You can give him physical quirks or abilities and skills of other characters.

This game is identified by unlocking well-known anime skins to execute fights and be able to advance in level. Each ability developed by the characters are peculiar and very specific to each other.

The Best Ships of Build a Ship for Treasure ❯

add a comment of Best Naruto Games on Roblox