High on Life PS5, is the game planned for console? 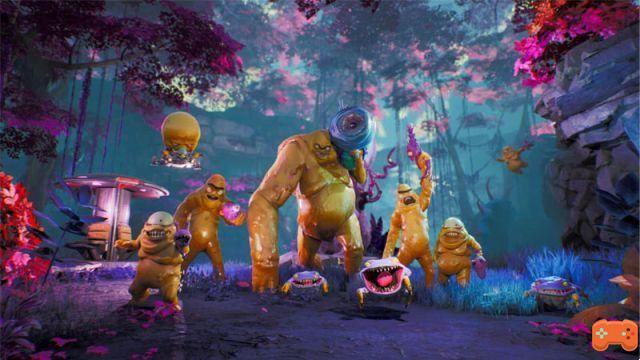 The game High on Life is greatly anticipated in Spain and the wait is coming to an end as the title is available since Tuesday, December 13 PC, Xbox One and Xbox Series X / S.

Since High on Life is planned on several platforms, some players are wondering if a release on PlayStation or Nintendo Switch consoles is planned. If this is your case, the answer is no, at least for now.

If you're looking to find out if High on Life is coming soon to PS4, PS5, or even Nintendo Switch, well, right now. The answer is no. The game is exclusive to Xbox One and Xbox Series X/S, but the title may be coming to other consoles in the future.

We have already had the example exclusive game on Xbox One or Xbox Series X / S like 12 Minutes or even Tunic for the most recent titles subsequently released on PS4, PS5 and Nintendo Switch. These excluded generally lasted between 5 and 7 months and we could therefore have the release of High Life on PS4, PS5 and Nintendo Switch in the coming months. It is to highlight that for the moment nothing has been confirmed from the co-creator of Rick & Morty for this potential release on PlayStation and Switch consoles.

Finally, we remind you that High Life is available from this Tuesday, December 13 on PC, Xbox One, Xbox Series X/S and that the game is free to pick up for all Game Pass subscribers PC, Xbox or Ultimate.

WoW Creamy Muffin, how to turn into Turskarr in Dragonflight? ❯

add a comment of High on Life PS5, is the game planned for console?