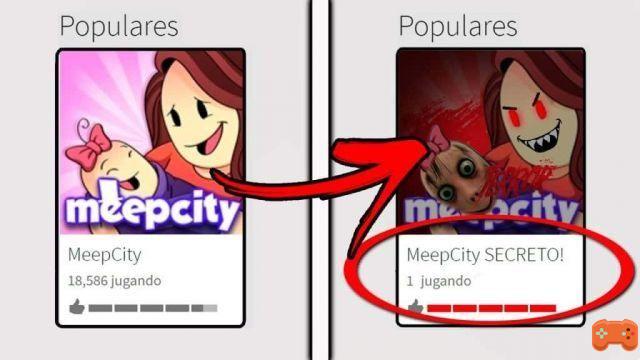 MeepCity fans, in this new installment we will comment on a somewhat fragile topic. Why MeepCity ruined Roblox, depending on the point of view you see it and the kind of person you are. Since in MeepCity it still allows online dating and this should be prohibited since it is a game for children.

Why the game MeepCity ruined Roblox

This problem has its origin because online dating is prohibited in Roblox. And in MeepCity this problem continues to arise, since it is a game aimed at children, it should not lend itself to these things.

The MeepCity developers have paid no attention to this kind of situation and have done nothing to resolve it. Now we are going to mention certain cases of the fact that MeepCity ruined Roblox:

In the different Roblox platforms there is parental control, it is a procedure to supervise what your children can see, but this issue gets out of hand, since there are multiple lawsuits against certain players that disturb the calm of MeepCity, and the Company don't retaliate against it and let them continue to be in the game, the reasonable thing would be to ban them, due to the fact that they are destroying the reputation of the game.

The Roblox company tried to face all this problem with the creation of the Guide for Parents, explaining how they can avoid certain unpleasant situations, but the situation on certain occasions cannot be avoided since parents are not all the time to the see your kids playing MeepCity.

This is a problem that affects each and every one of the games in general and not just Roblox. Particularly the company that manages Roblox has been harmed by this smear campaign and has lost countless players.

To try to solve all this problem, the developers of MeepCity should have a strong hand and expel any player who is reported with evidence that they break the rules of the game.

Why I can't Reload Diamonds in Free Fire with Telcel Balance ❯