Where is the Honey Bee in Bee Swarm Simulator 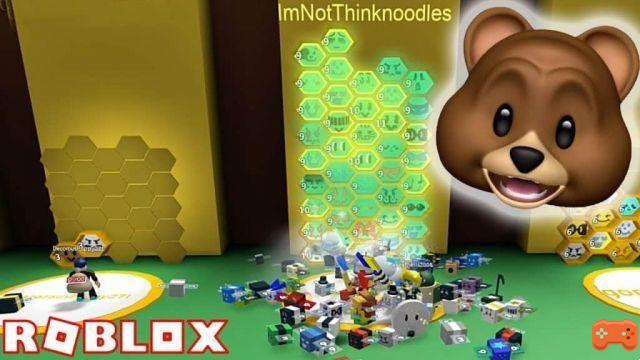 If you want to know where is the honey bee in Bee Swarm Simulator, you should be aware of the changes in each and every update of the game and be careful with them. This is why we will assist you in detailing each and every topic that you are going to need to know about this incredible game on the platform. Roblox. Thus, you can continue to advance freely since you know the essentials about the game.

In addition, we must point out that the game is constantly changing thanks to the impact of users within. Since, the game has become so popular that measures have been taken to expand it, which brings confusion to certain players, who may wonder:Where is the honey bee at Bee Swarm Simulator?

What is Honey Bee?

Honey Bee, is a bee that delivers permanent missions to those players who are on the lookout for rewards every day. In addition to this, she is part of the trio of primordial bees that deliver standing quests, the others being known as Gifted Riley Bee and Gifted Bucko Bee.

Where is the Honey Bee in Bee Swarm Simulator

This particular bee has undergone many changes due to recent updates added. But, all for a simple reason and that is that every game must be innovated, so the author makes certain changes on such a platform on occasions to keep the usual users very much in mind.

For this reason, the change in the situation of the Honey Bee en Bee Swarm Simulator, , was previously located next to the ramp leading to the Basic BeeGate. But now, this one is on the rock near the Pine Forest. She was previously an NPC whose original purpose was to give players quests while working on an upcoming update, but now she is a Bee who gives quests per day.

Where is Preston located in Pet Simulator X ❯