How to Attract Foxes on Hay Day 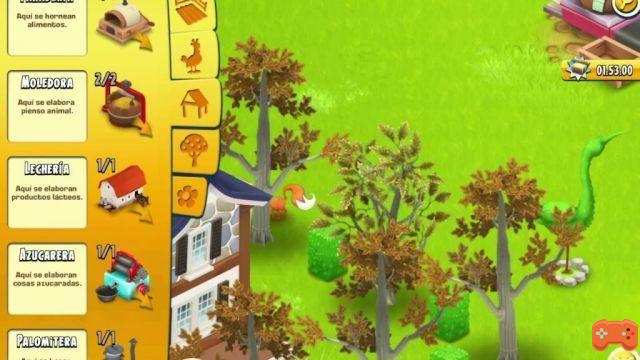 There Day is one of the most notable mobile games of recent times and it is a game where we can run a farm from scratch performing different tasks such as raise animals, fish, build, cultivate, harvest and much more such as participating in events, completing missions or tasks and also sharing game time with your friends and acquaintances on social networks such as Facebook, for example.

If you like animals then you will probably like Hay Day, because here you will be able to have different animals, some for farm purposes, others for ornamental purposes, and each one of them will require a special care or task to be able to continue on the farm. Today we are going to talk about the foxes on hay day, if you want to know how to attract foxes in There Day, keep reading this note where we are going to tell you everything you need to know about these animals in Hay Day.

How to Attract Foxes on Hay Day

Hay Day Ornamental Animals They do not play a really essential role in the game, since the truth is that their function is more to give our farm more life, adding animals that are going to be in constant movement and that are indeed quite beautiful. Today we are going to teach you how to attract foxes on Hay Day and for this you will only have to:

To attract foxes on Hay Day we must build plots in multiple areas of the farm so that at a certain time we have a good number of foxes on our farm without needing to catch them or confine them in any way but rather simply attract them to the farm. They also tend to move near the bushes, so having a good amount of these would also be ideal.

Remember it's not just about having plots and bushes, but rather also organize them in such a way that we cover a good area, without making it look bad and before long the foxes will start coming to our farm. Foxes, in the same way as the rest of the ornamental animals, must have enough space to move around the farm, so if your farm has too many things, you should propose to rearrange it a bit.

For, catch the foxes on Hay Day since we will have to locate an area of ​​our farm and form a kind of circle or square with ornament that we will be moving until the moment we make them enter the area where we want to have them captive. Remember that they do not have to be in a very small place, since they must have enough space to be able to move.

This is all you need to know about how to attract foxes on hay day. If this article has worked for you, remember that you can review all the other hay day guides that we have published on our website.

How to Advance Level in Hay Day ❯

add a comment of How to Attract Foxes on Hay Day